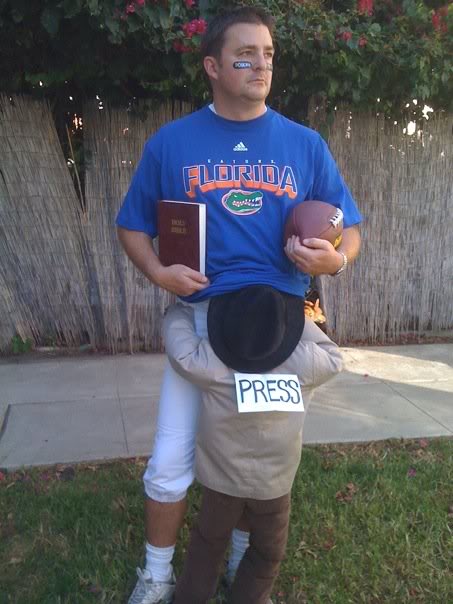 CFBO Online Dynasty on the PS3

When registering, please use your PSN name!

One question for everyone. My dad and I were having a discussion yesterday on who is the better college QB Tim Tebow or Vince Young. To me Vince is way ahead of Tebow as far as college QB's are concerned. I really think if Tim Tebow was black he would not get near as much press as he gets now. He is not that great of a player to me. My dad's argument was Tebow will wear down a defense with his 5 and 6 yard runs, I said Vince doesn't have the patience for 6 yd. runs when he can just bust it for 60 when he chooses to. Then my dad said Tebow has more TD's, I countered that with the offense Florida runs and said if you put Vince in that type of offense he would've shattered all of those records. Not trying to turn this into a race thing just wondering what you guys think.

I dunno, the argument is almost kinda moot. Both played for top programs with a shit ton of talent around them to make em look that much better. Put either one on Fresno State, and you have a "system Gimmick" QB who doesnt do shit. Both came in and was hyped young, maybe Tebow more than VY. I was a huge college VY fan, I used Texas every year he was on it. Its hard to say which is better, likely impossible.

I dont think race would be a huge factor. But the fact Tebow has 2 and maybe 3 Titles, gives him the nod regardless, imo.

To be honest, Id take Pat White over both, but maybe thats just the WVu fan in me coming out. Better runner than both, better passer than Tebow and had less talent than both around him.

Put Case Keenum from Houston on Florda with that team, and he would win 3 Heismans....

Yeah Tebow has two titles but the first one he wasn't the starter. And this year my Horns are taking it, so I'll just say 1 title. And the 2005 year he didn't have a ton of talent on offense. I think maybe Limas Sweed and maybe a couple on the O-Line but outside of that he didn't have an name-worthy people on that side of the ball. And then he took down the supposedly greatest team of all-time virtually by himself. And lets not forget he was only a Junior, he had another year, which he probably would've won the Heisman and another title which is the year the Chris Leak led Gators won. I don't think Pat White was a better runner than Vince maybe just as good he is definitely faster but it took more than one person to bring Vince down most of the time.

I'd pick Tebow over Young...but I'm goin with the man who wins games and I'd say yeah Pat White is small but he was 4-0 in bowl games. VY did dismantle USC in one of the best national championship games ever but Texas didn't utilize their entire playbook most of the time he would get it out the shotgun and improvise. Yeah that's creative and great to watch but Pat White proved he was an excellent runner in Rich Rod's system and threw it a ton more for Stewart...if I needed a QB to lead me to the W I'd say Troy Smith (Buckeye homer lol), White, Tebow, then young.

Wow Troy Smith. What big game has he won? He lost the National Championship game and also lost to VY head to head at the Horseshoe. He also I believe had the most talent out of the 5. He was throwing to Ted Ginn and Anthony Gonzalez which are two first round picks Santonio Holmes which was a second round pick and then handing the ball to Beanie Wells which is a first round pick. So I'd have to say HELL NO to Troy Smith. Oh yeah and Vince is 3-0 in Bowl Games with two of those Rose Bowls and one National Championship. He only lost twice as a starter. So yeah still taking Vince all the way.